Have you heard the saying… “The enemy of my enemy is my friend” ?

And if you apply that concept to your online business, specifically in your messaging, your stories, your sales pages, your ads and social media posts, I guarantee you’ll make more sales (assuming your product does what you say it will do).

It’s worked for me, and I’ll tell you about that in just a minute, but first, here’s where I learned it.

I was sitting at the front of a marketing seminar put on by Ryan Deiss & Perry Belcher in Austin, Tx – it was their second ever Traffic & Conversion Summit.

I was right at the front eager to soak in all the new marketing tips and tricks of that time.

One of the guest speakers got up on stage and told a story I’ll never forget.

His name was Fred Catona.

He was the marketing guy behind the meteoric rise of PriceLine.

And he told the story of how in their first 14 days of running commercials, 2.2 million requested airline tickets. According to Fred, they sold $15 million in airline tickets the first week and then went public within 18 months at a valuation of 10 billion.

What made it work?

Fred said it was because they had an enemy.

People want to fly, they want the best price they can find and therefore the commercial’s main line was… “Name your own price for an airline ticket.”

Of course it helped that they also had William Shatner on board! But that’s another story for another time.

He thought what an easy service to market, I’ll just offer people the credit report for free, but he soon found that wouldn’t work.

With some research and a comment from someone that worked for him, he discovered that people were afraid that someone at the company would run the report and see their private financial information.

What I found fascinating is that in both instances Fred wrote a line that empowered the ad listener (radio commercials) to defeat their enemy.

I applied this to a sports fitness company that I was doing marketing for. It was a product to help athletes (specifically young high school & college-aged basketball players) jump a few inches higher.

Before I wrote the script for the video sales page I called up a few of the past buyers to find out more about them. Of the 6 or 7 that I called almost all of them had some version of a “seeking revenge” story.

Who was their enemy?

A bully on the court.

Someone who had previously humiliated them in front of friends by “breaking their ankles” (a phrase referring to someone running past them with the ball in such a way that forced them, the defender, to fall over) or some other similar scenario that caused onlookers to point & laugh.

The end result being they felt angry, disrespected, and embarrassed and more than anything they wanted to “get back at the bully” by “dunking on them”.

And that’s when I found it!

The subtext for the video sales page would empower previously humiliated basketball players to “dunk on them”. And so I got to work on the sales page and asked the product creator some questions to uncover one of his own “bully stories” from college and used that as the lead.

That video sales page did $25k in its first two weeks from the initial email launch and then went on to generate over 20,000+ customers and $1M in revenue over the next five years.

Now think about your product or offer…

Who or what do your customers see as the “enemy”?

Stand against their enemy in your marketing, your stories, your ads, and empower your customers to defeat their enemy and you will see your sales increase.

See you next time… 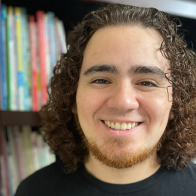